On July 20th of 1841, Dun & Bradstreet, then known as The Mercantile Agency, opened its doors in New York and began a revolution in business information. Altares has been a partner of the Dun & Bradstreet Group since 2004, with the merger of Dun & Bradstreet France and BIL (Bureau d'Informations Légales).

Recognising the need for a centralised credit reporting system, Lewis Tappan, its founder, wanted to create a network of correspondents providing reliable and objective credit information, to those who subscribed to this “information base”.

In 1859, the company was transferred to Robert Graham Dun, who immediately changed the name of the firm to R.G. Dun & Company. Over the next forty years, Graham Dun continued to expand the company’s operations around the world.

In 1933, Dun merged with its competitor, John M. Bradstreet, to form what is now Dun & Bradstreet. The merger was led by Dun’s then CEO, Arthur Whiteside. Whiteside’s successor, J. Wilson Newman, went on to significantly expand Dun’s product and service offerings during the 1960s.

Since 1962, Dun & Bradstreet has been steadily expanding into new territories, acquiring other companies, and thereby broadening its reach around the globe.

Altares has been a partner of the Dun & Bradstreet group since 2004, with the merger of Dun & Bradstreet France and BIL (Bureau d’Informations Légales). A few years later, the company took on its current name. 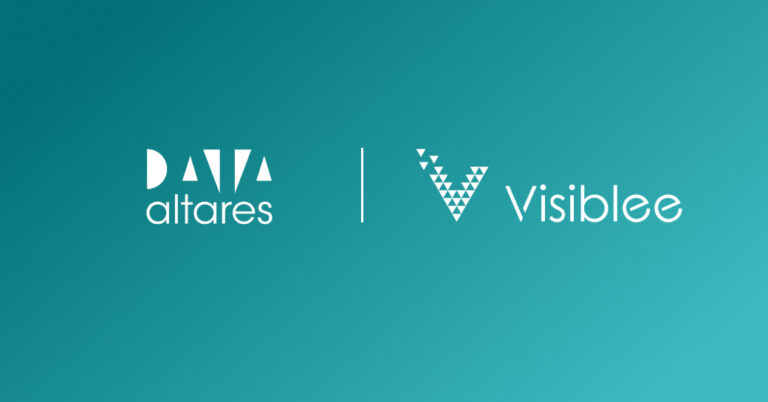 Altares-D&B announces the acquisition of the start-up Visiblee, which has developed an innovative multi-channel B2B lead generation solution. Integrated into the user's website, it identifies anonymous visitors in real time, implements the right lead nurturing strategy and analyzes their behavior to generate qualified leads.
2021
2020

After more than 20 years as a member of the D&B Worldwide network, Bisnode becomes a Dun & Bradstreet Group company for $812 million.
2020

Altares-D&B launches its first platform dedicated to compliance: indueD, which has become a benchmark on the French and international markets. indueD enables clients subject to national or supranational regulations (SAPIN 2, MIFID, LCB-FT laws, etc.) to meet their compliance obligations.
2018 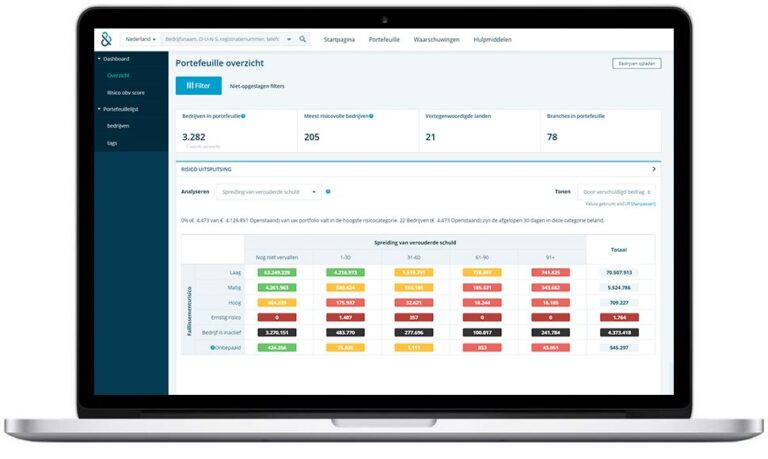 A Salesforce, Microsoft Dynamics or SAP connector to match, enrich and maintain customer data in your CRM.

A new visual logo and identity for Dun & Bradstreet.

Dun & Bradstreet Netherlands sets up in the Montevideo office in Rotterdam. 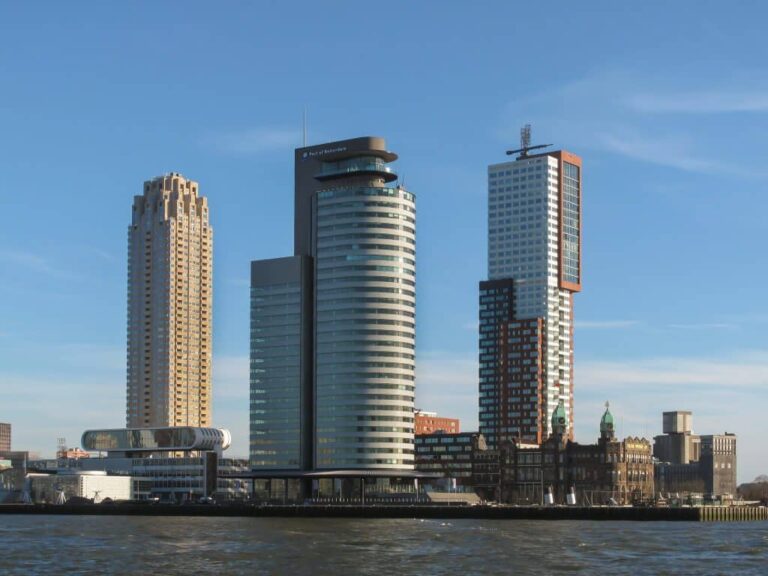 Altares is created in 2006 through the merger of BIL (Base d'Infos Légales) and D&B France.

Since then, the company has continued to grow while maintaining a strong link with Dun & Bradstreet. Altares is part of the D&B Worldwide Network. It is often praised for its data innovations and applications in various sectors.

DNBi is a web-based platform that improves the efficiency of credit risk management. Powerful yet flexible, DNBi can be easily adapted to the way customers work. Users have instant access to the information they need. 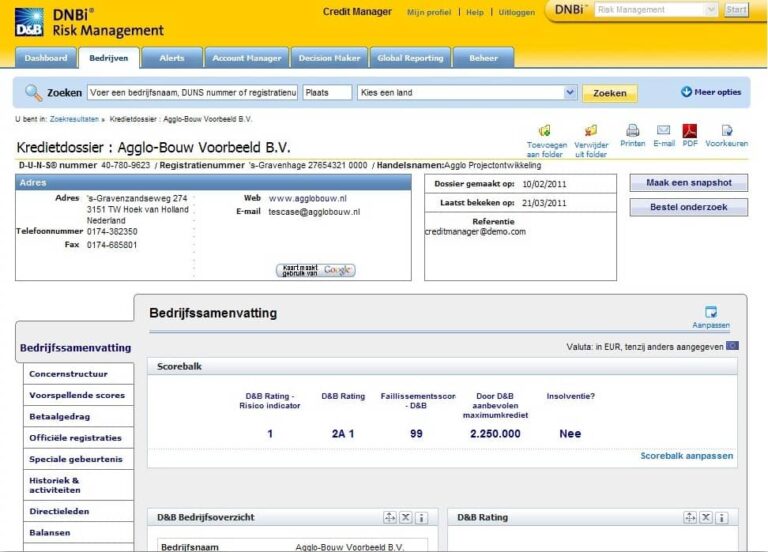 Nielsen's unrivalled status as a leader in marketing research attracted the attention of Dun & Bradstreet Corporation. Arthur C. Nielsen Jr. eventually sold A.C. Nielsen for USD 1.3 billion. In fact, the two companies had been considering such a merger for more than 15 years, as Nielsen and Harrington Drake, then CEO of Dun & Bradstreet, told the New York Times. "We both have the ability to collect a lot of data and deliver it efficiently to customers," Nielsen said. "I'm sure Nielsen will use both our technology and our databases," Drake added. 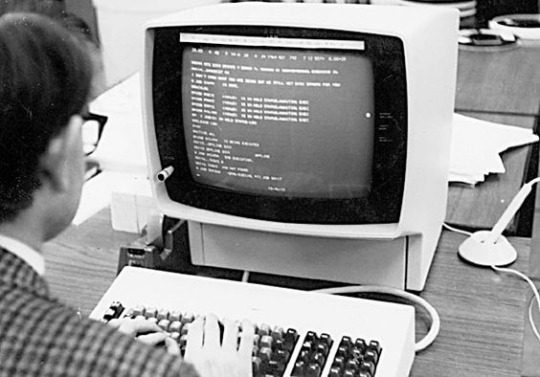 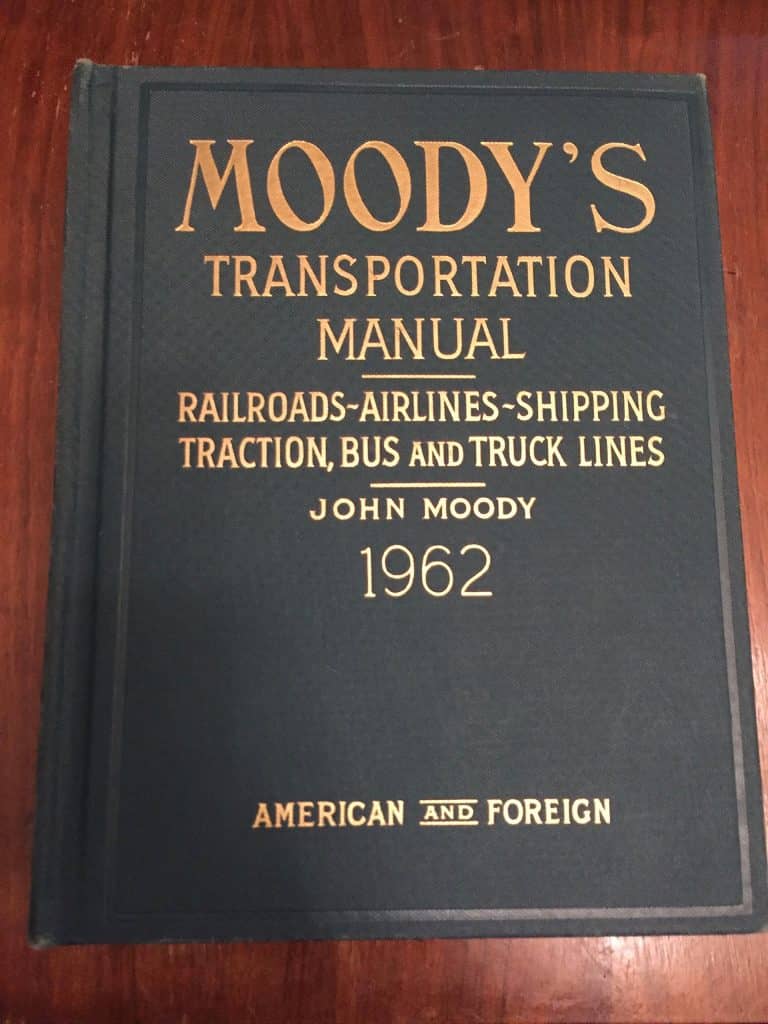 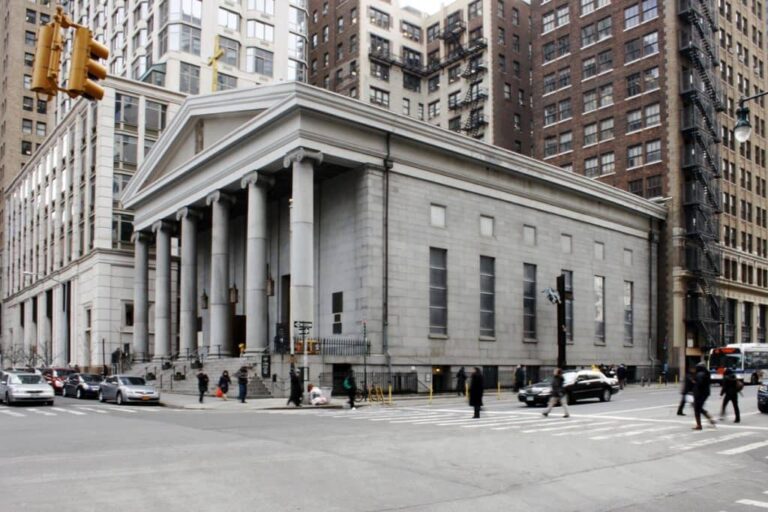 In the 1930s, the effects of competition and economic depression on both companies could no longer be ignored. In 1933, former rivals R.G. Dun & Co. and John M. Bradstreet Company merge to form Dun & Bradstreet. The merger was led by Arthur Whiteside, CEO of R.G. Duns & Co. With his excellent diplomatic skills, Whiteside was able to strike a deal with the company's biggest competitor. Whereas previously both companies sold 'products', Whiteside focuses increasingly on service. With his great leadership, he brought D&B out of the depression and into the information age.

Later, other branches followed in Tilburg, Almelo, Haarlem, The Hague and Rotterdam.
1902
1900 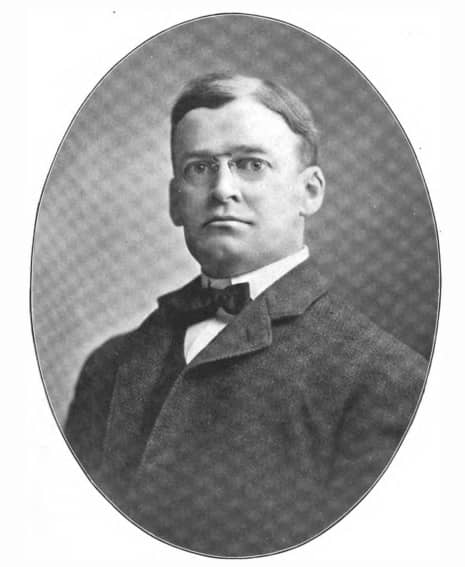 A photo of the R.G. Dun building in New York.

It was one of the first buildings with lifts and air conditioning. 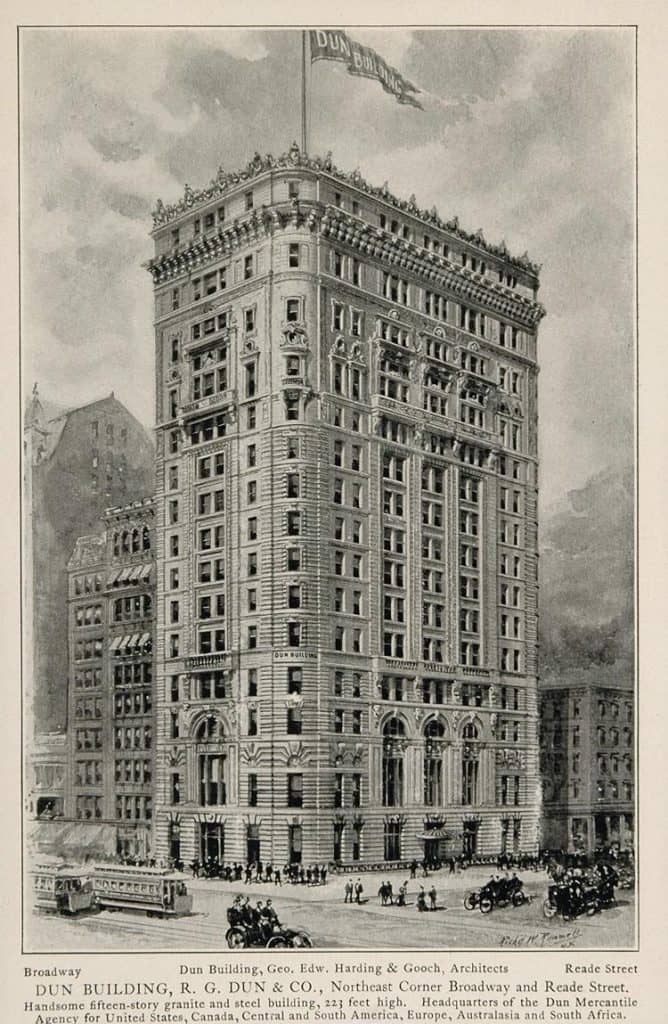 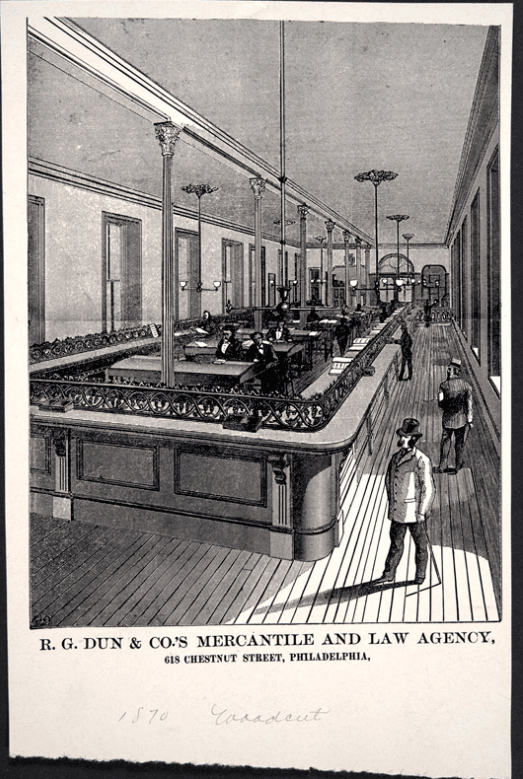 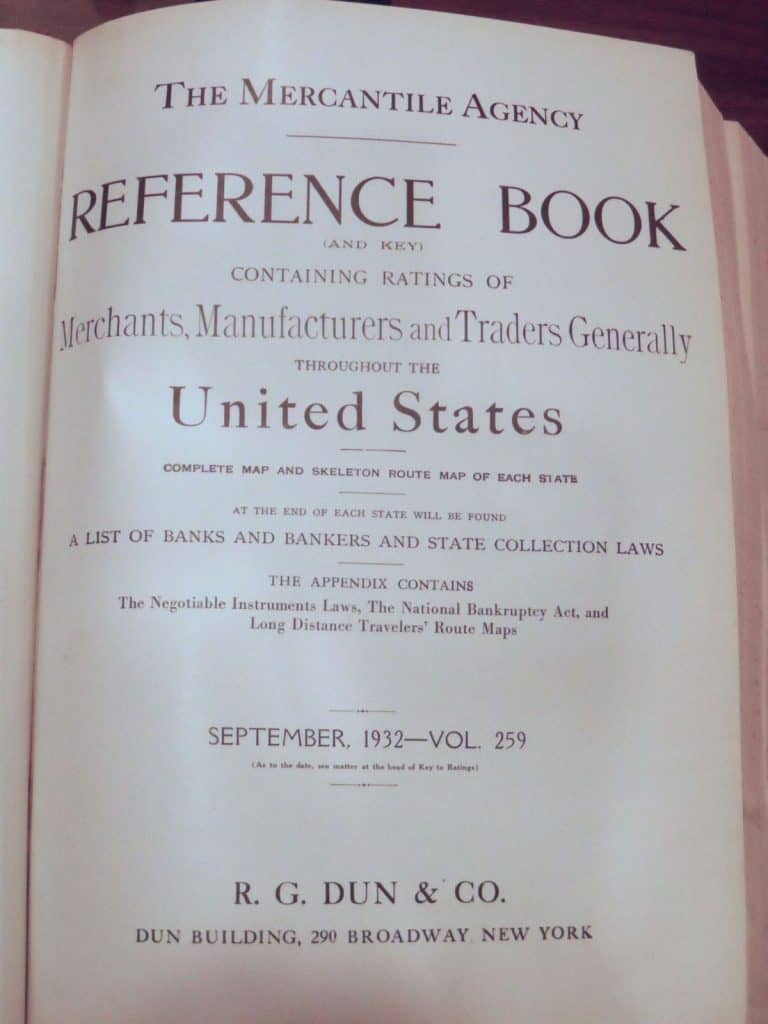 In 1859, Douglass sold the agency to his brother-in-law Robert Graham Dun.

Under its new name, R.G. Dun & Company, Dun continued to grow. Dun led the company for over forty years. Under his leadership, the company expanded throughout the United States and beyond national borders. 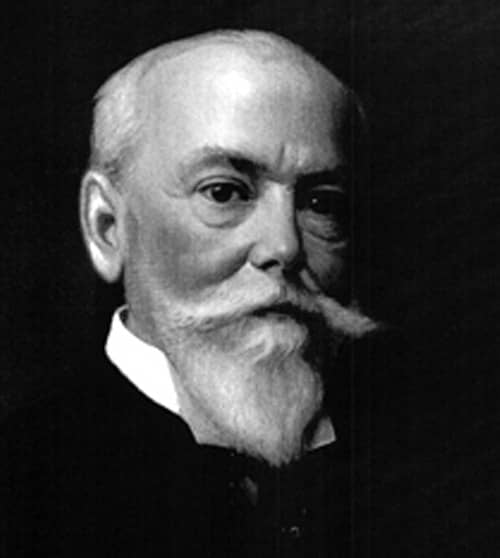 A major competitor - and a new player

In 1849, rival company John M. Bradstreet is founded in Cincinnati, Ohio. Two years later, the Bradstreet organisation launches the use of credit ratings with the publication of the first commercial ratings book. The rivalry between the John M. Bradstreet Company and Douglass' agency increased as the United States entered the 20th century. Fundamentally, this would have lasting consequences for the fate of both organisations. 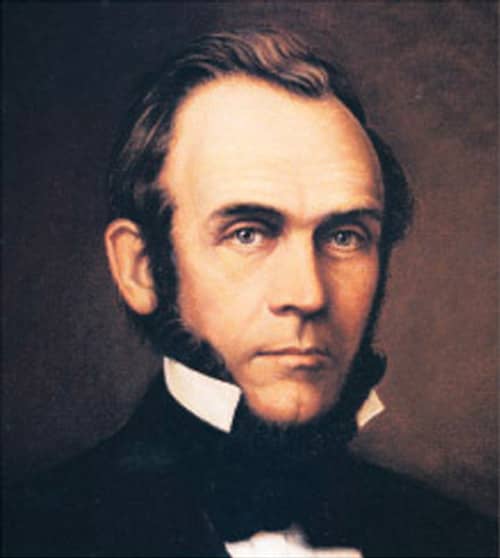 To encourage expansion, Tappan turned the agency over to Benjamin Douglass in 1849.

Douglass took advantage of the improved transport and communications of his time to expand his network of offices, which enabled the Agency to reach new clients and gather more information. Some of these correspondents went on to become presidents: Abraham Lincoln, Ulysses S. Grant, Grover Cleveland and William McKinley. 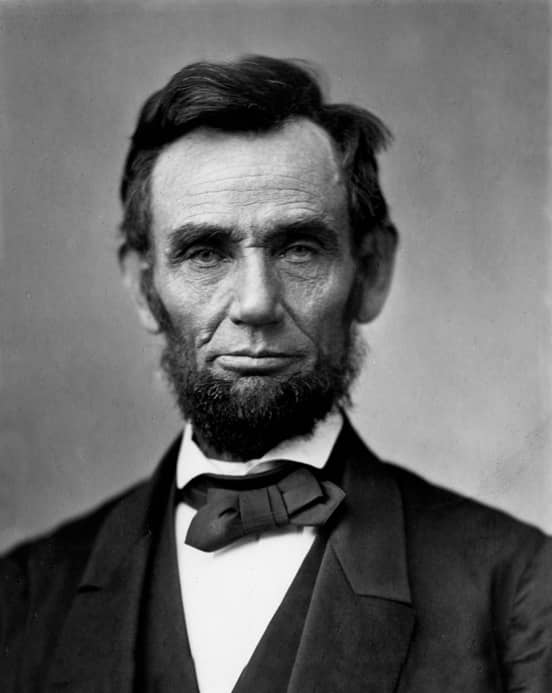 To assist American merchants in their decision-making, an enterprising businessman named Lewis Tappan (born 1788) established a network of correspondents in 1841 that would provide a source of reliable and objective information on credit risk. His Mercantile Agency, based in New York, was one of the first organisations to focus exclusively on providing commercial information to customers. 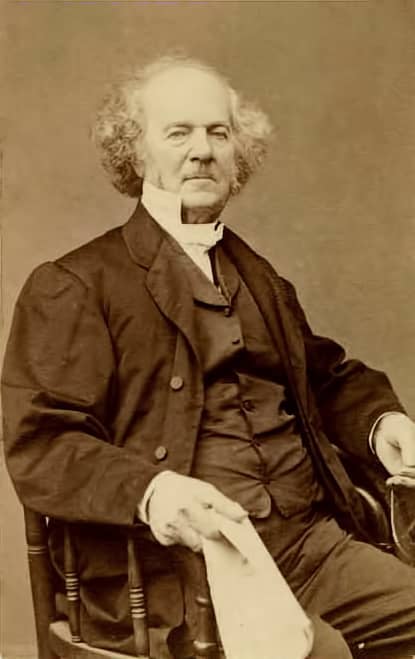